86 percent of tourist traffic was realized in relation to 2019. 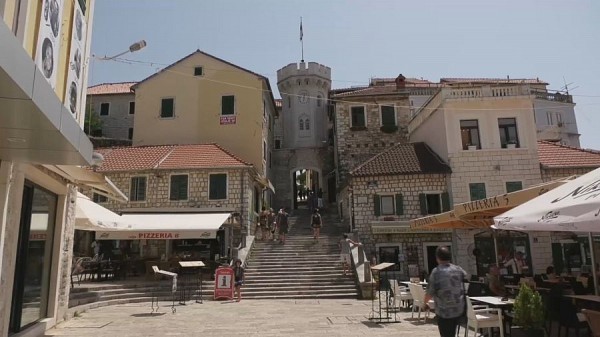 27.77 thousand guests are currently staying in Herceg Novi, which is 86 percent of the realized turnover from 2019, announced the PR of the local Tourist Organization (TO), Natalija Terzić.

She said that about six thousand guests are accommodated in hotels, while the rest are staying in private accommodation.

«Most guests are from the region, followed by Russia, Ukraine, Poland and Hungary,» Terzic told Mediabiro.

She stated that they are in daily communication with the entire tourism industry.

«Both private accommodation publishers and hoteliers are satisfied during the season, given that there was fear due to the epidemic. However, it turned out much better than we had hoped. As for accommodation capacities, there is great interest for the next period as well. When we talk about the post-season, if the health conditions allow, it is likely that this growth trend will continue or at least stop at this percentage, „said Terzic.

She also announced events by the end of the summer.

“Currently, the International Book Fair is being held in Herceg Novi, followed by the Montenegro Film Festival. Then we have the Guitar Art Festival, and at the end of August we have an electronic music festival, „said Terzic.

The manager of the hotel group Carina Iberostar, Vlado Popović, announced that they are satisfied during the summer tourist season.

“The occupancy of the hotel is at a high level, and if the epidemiological situation allows, we will really achieve results that we did not think about in April,» Popovic said.

He believes that the number of guests will exceed 60 to 70 percent of the visit from 2019.

«However, due to the reduced prices compared to 2019, the financial result cannot be specified. If September and October are done well, we could achieve 45 to 50 percent from 2019 », stated Popović.

He said that there were a lot of guests from the West before, but that they are not able to come in large numbers this year.

«However, from the beginning of July, they are slowly returning. We did good marketing in Montenegro and the region and got new guests. They are extremely satisfied and we are sure that they will return, „said Popović.

As for the announcements for the next period, he hopes that there will be post-seasons.

“The situation is uncertain both in our country and in the world. All foreign tour operators we normally work with have visited our hotels, we have had meetings and we are making contracts for next year. Everyone thinks that next year will be better and we hope that we will start at the end of March », concluded Popović.