The Nikšić International Guitar Festival 2021 this year will be held from September 20 to 24. 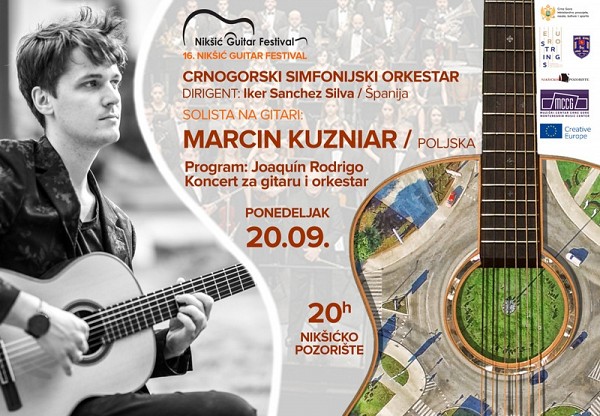 As part of the 16th edition, great world and European guitar stars will perform in Nikšić, as well as well-known regional and domestic performers. The festival will be realized in accordance with all current epidemiological measures and recommendations of institutions, and the audience will be able to attend the concerts only if it meets one of the prescribed conditions from the National Digital COVID certificate.

The festival will traditionally open on September 20 at 8 pm with a concert by the Montenegrin Symphony Orchestra. This time, under the baton of the Spanish conductor Iker Sanchez Silva, the orchestra will perform the Guitar Concerto and Orchestra of the famous 20th century Spanish composer Joaquin Rodrigo. Marcin Kuzniar from Poland, this year's Eurostrings star, winner of the International Guitar Competition Tivat 2021, will perform as a guitar soloist. The concert will be held at the Nikšić Theater.

On the second day of the festival, September 21, also at the Nikšić Theater, starting at 8 pm, one of the most talented Brazilian artists of all time — Yamandu Costa — will perform. This 7-string guitar virtuoso is currently one of the most famous performers of this South American country, having 28 albums and 4 DVD releases behind him. He created a special style that they describe as an exceptional combination of «typical music from the south of Brazil, Chora and Samba, with acrobatic passages, high tempo, and yet very delicate and melodic pieces».

After the musicians from Brazil, the audience will have the opportunity to watch the performance of the young Hungarian guitarist Marcello Nickmann on September 22, which will take place from 8 pm in the hall of the Nikšić Music School. A day later, Montenegrin guitar students will perform at the same time in Muzička.

The grand finale of the festival will be a concert by Božo Vreć, which will take place at the Nikšić Theater on September 24 at 8 p.m.

The well-known performer, author and composer of sevdalinka from Bosnia and Herzegovina stood out among the musical pioneers of the new generation as the most interesting and most famous performer and songwriter of this type of music. 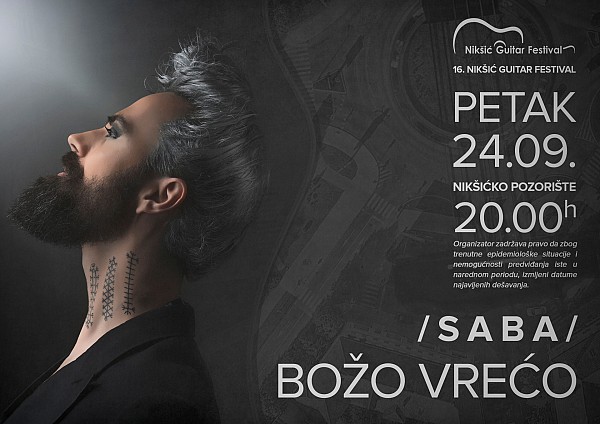 “A lyrical tenor with a huge vocal range provokes a storm of enthusiasm and inspiration in the audience with his unusual voice and visual identity; and the proof is the sale of famous concert halls all over Europe and the world. "

The ticket price for the Boža Vreća concert is 10 EUR and can be reserved by calling the ticket office of the Nikšić Theater — at 382 40 213 56.

All other concerts at the festival are free, but due to limited capacity due to current epidemiological measures, it is certainly necessary to reserve seats by calling the number of the theater's ticket office.

The festival is realized by the NGO «Anagastum Guitar Society», with the support of the Music Center of Montenegro, the Ministry of Education, Science, Culture and Sports of Montenegro, the Municipality of Niksic and the Public Institution «Niksic Theater». The Niksic Festival with the International Guitar Competition in Tivat is under the auspices of the European Union, ie. they are part of the platform. Euro Strings — European Guitar Festival Collaborative, which is partly funded from the budget of the EU program Creative Europe.

The project is a partnership of guitar festivals from Europe that are focused on supporting young talent at festivals and providing opportunities for new classical guitarists to reach a wider international audience. As of this year, NGF has become a «green festival», which means that it harmonizes its existence with the principles of environmental protection. 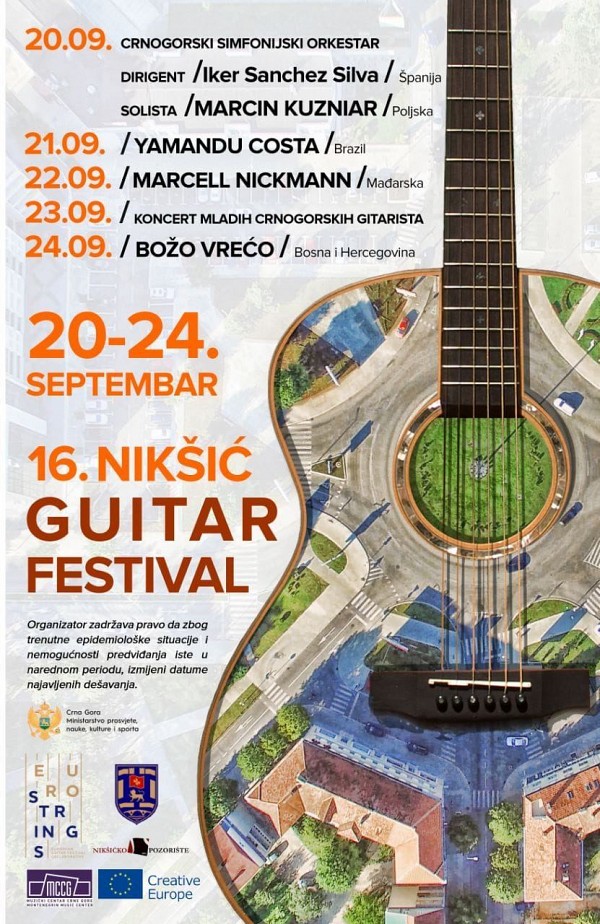