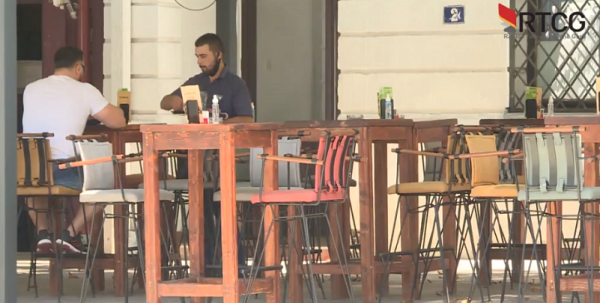 The controller of the Agency for Personal Data Protection, after supervision, concluded that there is no regulation in domestic legislation that defines the possibility for catering workers to process personal or health data of guests, which the Government requires from them to combat coronavirus.

The government's July 30 decision, which allows hospitality workers to process personal data from national digital covid certificates or ordinary vaccination certificates, tests or past illnesses and personal documents, is contrary to the Personal Data Protection Act, established during the surveillance procedure. the legality of that decision by the Agency for Personal Data Protection and Free Access to Information (AZLP).

AZLP initiated the supervision procedure with the Government of Montenegro on the basis of two initiatives, namely the Center for Civic Education and a member of the AZLP Council Muhamed Đokaj, which followed a press conference held at the end of July at the Institute of Public Health. measures to combat the epidemic.

Director General of the Directorate for Digital Health in the Ministry of Health, Aleksandar Sekulic, then, answering questions from journalists, said that only the name and surname and date of birth are on the validation of the covid certificate, and that there is no fear of violating personal data, adding that citizens they give their consent to inspect this type of data.

In a statement for Pobjeda, Djokaj called on the Government to act in accordance with the Law, to respect the findings of the Agency's controllers and to repeal the disputed provisions of the decision on measures to fight the coronavirus, signed by Prime Minister Zdravko Krivokapic.

«It is important for the Government to be responsible, to act in accordance with the Law, to accept this finding and to put out of force the disputable provisions of the Decision on taking temporary measures due to the epidemic of infectious disease kovid-19 of greater epidemiological significance,» said Djokaj.

According to him, the controller's finding clearly indicates that the Government's decision is not legally valid.

«Personally, I am at the disposal of the Government to jointly find the best solution through changes in legislation and regulations, following the model of Austria and France,» said Djokaj.

He explained that Austria and France have compared their legislation in such a way that there is a legal basis for such measures and actions, which should be done in Montenegro, but also in other European countries.

«That means changing and harmonizing several laws, including the one on preventing the spread of infectious diseases,» said Djokaj.