Season in Herceg Novi above all expectations 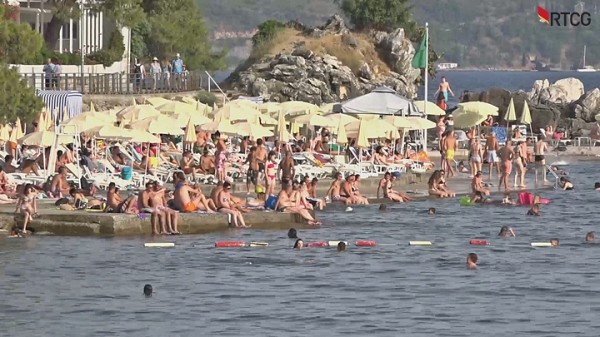 The President of the Municipality of Herceg Novi, Stevan Katic, announced that the city budget for this year is projected to be almost 16 million euros, and the realization is currently 60 percent.

He told Dan that, taking into account the fact that the coronary virus pandemic has affected all pores of society, for now they can be satisfied with the current realization of the budget, and they are satisfied, he says, with the aging of the tourist season.

«Given that almost 40,000 guests are currently staying in Herceg Novi, I must emphasize my satisfaction with this tourist season. The activities carried out by the Government and the Municipality in the previous period to promote tourism have borne fruit and at the moment we have a season of a little over 90 percent compared to 2019, which exceeded our expectations, „said Katic.

At the moment, he says, the busiest border crossing in Montenegro is Sitnica, through which a large number of guests come from Serbia, Bosnia and Herzegovina and Republika Srpska.

“The abolition of the toll ramp on the Trebinje-Herceg Novi road in May this year greatly contributed to that, which is just one indicator that things have moved from the deadlock when it comes to the Government's attitude towards the Municipality of Herceg Novi,» Katic emphasizes. It is a public secret that Herceg Novi has suffered for more than two decades due to its status as an «opposition city».

When, he says, he took over as mayor in 2017, they were greeted by the same thing: letters and invitations to ministries generally remained unanswered, even though the city had burning problems.

«The passivity of the former government and ministries has significantly influenced some problems to drag on for years, although they are very easy to solve when there is the will to do so. Katic.