Tourists in Bar spend 58 euros a day, the season on the coast above expectations 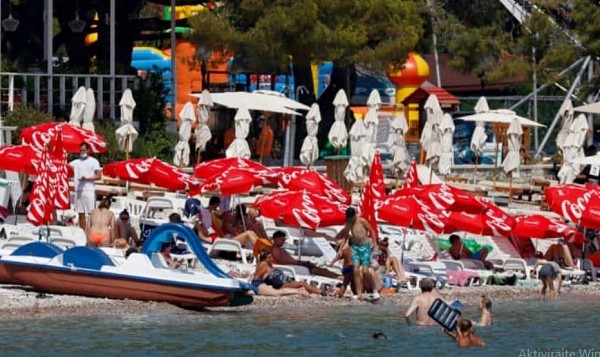 Judging by the numbers from the field, the summer tourist season, which is in full swing, exceeded the expectations of even the biggest pessimists. Montenegrin beaches, where it is difficult to find space for a towel since the morning, are reminiscent of pictures from the record year of 2019, while statistics show that many coastal municipalities are close to 100 percent of the season before the crisis, Dnevne novine writes.

The Minister of Economic Development, Jakov Milatović, and the Deputy Prime Minister, Dritan Abazović, announced recently that this season will be extraordinary, and he said that Montenegro is under siege by tourists.

Of the towns on the coast whose local tourist organizations submitted answers to Dnevne novine, Kotor, Herceg Novi and Budva have the best visits.

Except for Bar, however, they were unable to find out how much tourists spend daily during the holidays. An estimate by the local TO shows that guests in the town below Rumija spend 58 euros a day.

«The total average cost of travel per person in July 2021 is 305 euros, while the average daily cost per person is 58 euros,» said TO Bar, which said that the season is in line with expectations for this year are not even was set too high.

According to the latest data, about 11,400 tourists stayed in Bar, which, as they said, is eight times more than in the same period last year.

«However, compared to 2019, we are recording a drop of 37 percent, which is expected. Most of the tourists stay in individual (private) accommodation », said the TO Bar, and most tourists come from the surrounding countries, primarily Serbia, Bosnia and Herzegovina, Northern Macedonia, but also from the Russian Federation, the countries of the former Soviet Union, Poland (

Observed by age structure, almost 60 percent of tourists in Bar are aged between 26 and 35.

«Analyzing the level of education of tourists, as in the previous two years, we can see that more than half of the tourists (60 percent) who stayed in Bar are highly educated,» states the TO Bar.

The metropolis of Montenegrin tourism, as TO Budva told us, achieved about 83 percent of the results in relation to the same period in 2019. According to the latest data, about 48,000 tourists stayed in that city, and as many as 47,000 were foreigners.

«Given the circumstances, these are good indicators and an excellent announcement for August, in which we expect the continuation of positive trends, provided that the epidemiological situation remains stable,» said the TO Budva.

In private accommodation, the most numerous are tourists from Serbia, Russia, Ukraine, Bosnia and Herzegovina and Northern Macedonia, while in hotels, in addition to the mentioned markets, a significant number of guests from Israel, Kazakhstan, France, Poland, Turkey, Germany and others.

At the end of the last week, Kotor had almost nine thousand tourists, which is 92% of the turnover compared to the same period in 2019.

«Tourists are mostly foreigners, the largest number are from Serbia, Bosnia and Herzegovina, Russia and the Krajina. We also have tourists from Western Europe, but in much smaller numbers,» said the TO Kotor, which could not specify how many tourists on average spend daily.

However, as they said, based on conversations with caterers and agencies, they learned that consumption is lower than in 2019, because the structure of guests is different.

When it comes to Herceg Novi, according to the latest data, about 28,000 tourists stayed in that city, which represents 86 percent of the realized traffic from the same period in 2019.

«According to the data from our tourist registration system, there are currently the most guests from Serbia, Bosnia and Herzegovina and Russia,» states the TO Herceg Novi.

A solid visit to the north as well