In 6 months of 2021, the Montenegrin tourist economy earned as much as in the entire previous year 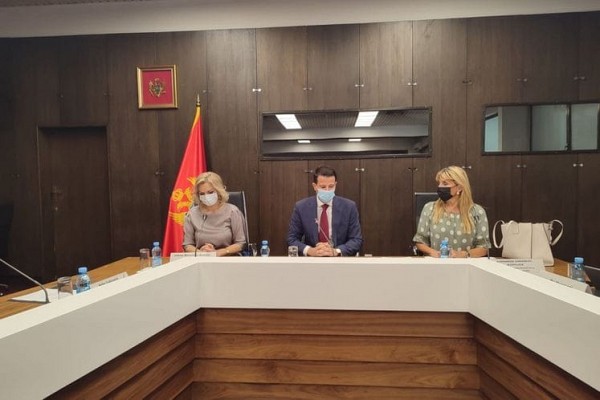 At today's session of the coordination body for monitoring the tourist season, chaired by the Minister of Economic Development Jakov Milatović, it was stated that the results so far in the tourist season have justified and even exceeded the expectations and projections of this Government.

«I am satisfied that with our joint efforts we managed to achieve what few people believed in before the start of the tourist season. This season is a reflection of the realistic goals set by this Government, and as we have shown many times, the goals are always focused on the citizens themselves and their better standard of living. The satisfaction of the tourist representatives is also noticeable, for whom such a revival was crucial after the previous difficult year, „said Minister Milatović.

Milatović also referred to the official data on the number of overnight stays and Revenues realized in 2020 and 2019.

»Finally, it should be noted that this year will certainly be at the level of 65% of tourism revenues compared to 2019, due to the indisputable fact that July, August and September make up 70% of total tourism revenues, which is manifested these days when the hotels and our private accommodation are full of holes. ”

Of course, the realization of income at this level will depend on the development of the epidemiological situation.

The session was also attended by the Minister of Health, Jelena Borovinić-Bojović, who once again called on everyone to respect the measures and vaccinate.

«We all have to give a personal contribution and example to others by respecting measures and getting vaccinated. We have a common goal and that is why we must be in solidarity. That is the only way to protect ourselves from the virus, but also the basic condition for the continuation of a successful tourist season, Borovinić-Bojović pointed out.

The session was also attended by representatives of the Ministry of the Interior, the Ministry of Capital Investments, the national airline To Montenegro, mayors, directors of local tourist organizations, who also appealed for respect for measures and vaccination.